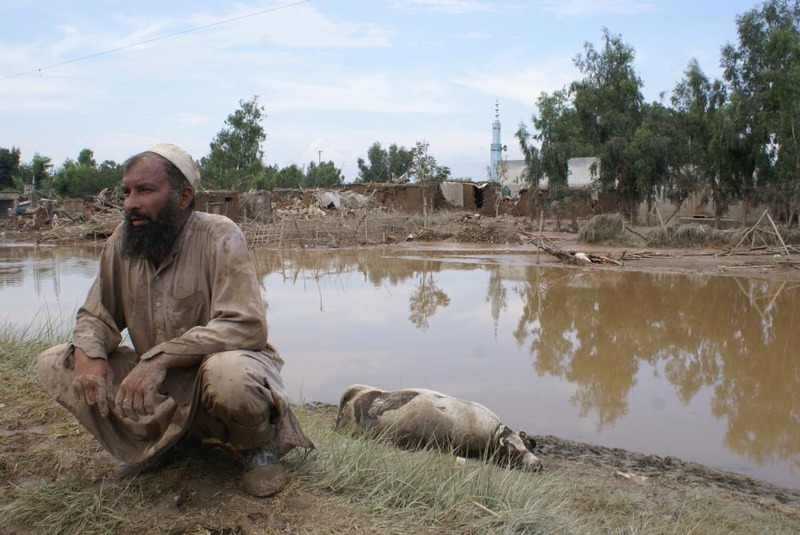 One of the terrible ironies of the floods is that despite all that water, the single biggest need is...  water.  Water that's safe to drink. The flood waters are full of all manner of dirt and microbes, and as they start to subside and stagnate, the risk of infection through water-borne parasites, including cholera, rockets.  At the relief camps we visited, severe diarrhea, especially of babies and children, was the number 1 health problem.
So what to do? Some generous donors have tried to ship in bottled water, but this can't scale. There are up to 20m people displaced.  It's an expensive, short-term solution. A whole truck load would be needed to supply a single camp for a week.
In some areas there is good ground water 50 feet below the surface. Here, a great solution is a simple hand pump.  They're available locally, cost approximately $50, and depending on the terrain, it may be quick and simple to drill down into the water.  Below 40 feet, most parasites have been filtered out.
But in many areas, the water is harder to get to, and is often foul-tasting, or brackish. On the other hand, there are copious amounts of (dirty) surface water available.  These situations seem to call out for some kind of filter technology.  As Jacqueline and I pondered whether we could help, we remembered the spectacular demo given at TEDGlobal last summer by Michael Pritchard.  He had invented a "Lifesaver" filter which extracted dirt, bacteria, even right down to the smallest viruses.   He filled a tank with disgusting dirty water, added some sewage, then pumped it through his filter and offered me to drink the water. It tasted perfect. (You can view his short talk here.)
The company Michael set up to manufacture his invention is still fairly small, and most of the major relief agencies have not yet had a chance to experiment with it. So we decided to take a chance and see if we could help introduce it to a situation which seemed tailor-made for it. At TED he had demoed a bottle, but the best product for the relief camps seemed to be the larger 5-gallon/20-liter jerrycan.  Each of these cans, if used intensively, can turn 600 liters of muddy flood water every day into pure drinking water.  They can continue up to 15,000 liters each, before the filters need replacing.  A single truckload could deliver the same water capacity as 750 trucks carrying bottled water.
When we contacted Michael, he too had been trying to figure out how to help in Pakistan. Medecins Sans Frontier had taken some of his Lifesaver jerrycans, but he had 500 still sitting in a warehouse unused.  Jacqueline and I purchased them and donated them to the Pakistani foundation run by the remarkable Ali Siddiqui who arranged a rapid airlift to bring them to Pakistan. He is running logistics operations to many of the 1500 UN relief camps in the country, and believes these will be invaluable in many circumstances.
Here are the jerrycans being packed for the flight... 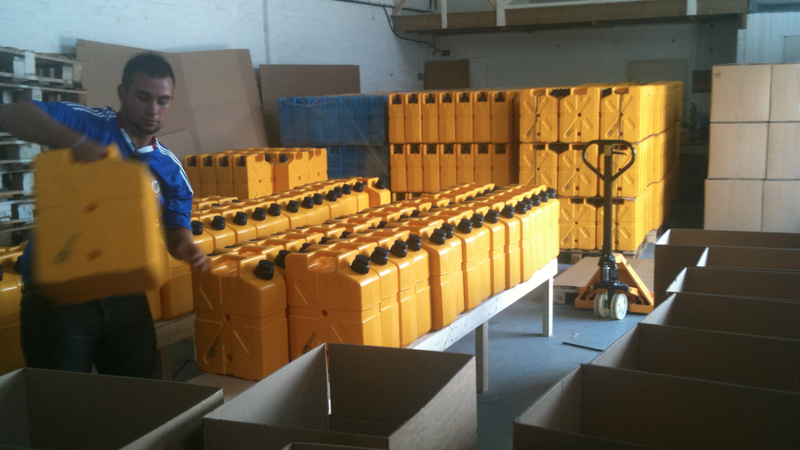 Distribution of them began yesterday.  Michael himself flew out to oversee training and has been blogging about the experience here.   Here's his picture of the first recipients. 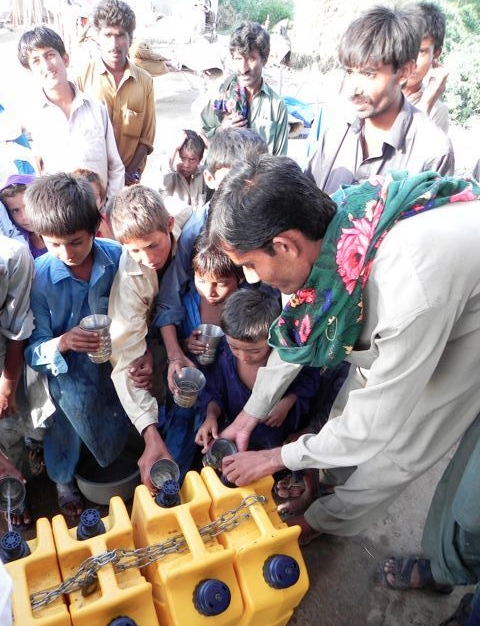 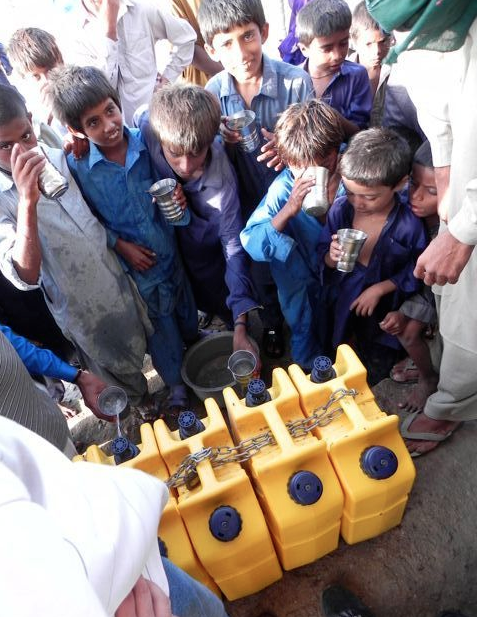 The jerrycans were filled from this water: 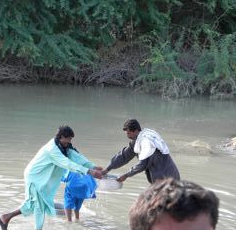 In theory, the 500 jerrycans should be able to deliver 7.5m liters of clean water to people who desperately need it. But we're nervous about it. A lot could go wrong.
What if they're delivered to locations that don't really need them?  What if people, desperate for their families, steal them, or fight over them? (The initial experiment involves chaining several jerrycans together to increase capacity and make stealing harder. Also, careful allocation to camp managers, and to frontline mobile medical units.)   But still, what if they're not properly used?  There are too many examples of well-meaning aid offers that just don't cut it in the real world. Indeed Jacqueline's life's work at Acumen Fund has been devoted to finding solutions that are market-based and sustainable for the long-term.
So part of our rationale for the contribution is: it's a worthwhile experiment.  Some will be used well, and those that aren't we can learn from.  Just possibly there's a business to be built in Pakistan based on this technology where relief agencies are the customers. Already Ali and Michael are talking of the possibility of manufacturing locally to bring price and distribution time way down.
Hopefully at least some will benefit, and if proven effective, future disaster situations will have another powerful tool at their disposal.
Although we're now back in New York after our tour of Pakistan flood areas, we'll be tracking this closely, and will tell you what we learn, for better or worse.
Meanwhile our huge thanks to Michael for his brilliance and persistence (and generous pricing), and to Ali for taking on the tricky aspect of distribution and oversight.
(Posted by Chris Anderson)